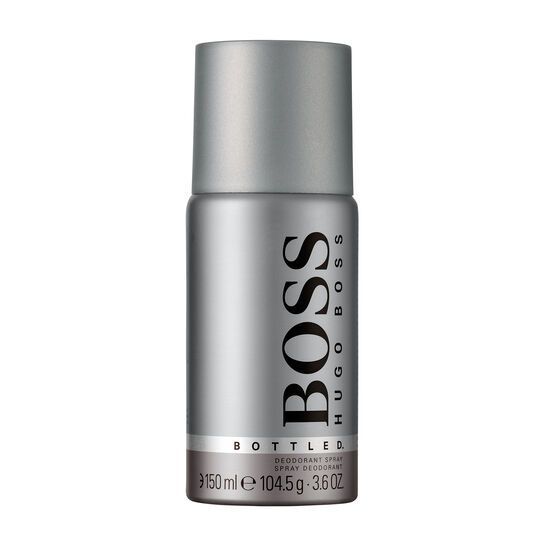 Email me when back in stock

Free tracked delivery on orders over £50.00 in UK

Get Delivered from United Kingdom in 2 - 3 business days

Hugo Boss - Boss Bottled Deodorant Spray has a fresh, woody scent for men. It's one of the popular brand's best-selling items. Since its debut, other successful variants of the scent have been released, including Boss Bottled Night and Boss Bottled Sport, to name a few, while the original remains the most popular.

Fresh and warm woody accords combine in this manly perfume. Crisp apple, citrus, and oakmoss are present at first, transitioning into a spicy middle with cinnamon, mahogany, cloves, and geranium. sandalwood, olive tree, cedar, vetiver, and vanilla make up the foundation, which is powerful and woody.